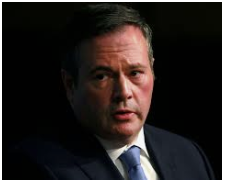 Alberta's Conservative Government under pressure from interest groups decided to review the changes brought to the industry as a result of the Humbolt Bronco's collision.  Reaction was swift.

The review is intended to look at requirements for agriculture workers and bus drivers, not full-time commercial truck drivers.

McIver posted that “no decisions have been made or will be made until we hear from all interested parties about the best way to proceed.”
McIver added, “Let me assure you that we will not make any changes that compromise safety on our roads.”

In February, the Alberta government extended the deadline for farm workers to comply with the MELT program. After consultation with the agriculture industry, the provincial government said it granted the exemption to those in the sector “to avoid undue pressure on seeding and harvesting operations this year.”

The Alberta government still encouraged farmers and farm workers to complete the MELT program before acquiring their Class 1 or 2 driver’s licence, but it will not be mandatory during the 2019 farming season.

As it stands now, farm workers have until Nov. 30, 2020 to comply with MELT standards and compete road tests to acquire a Class 1 driver’s license. The MELT deadline for bus drivers for their Class 2 license is July 31, 2020.

In a response to the argument that farm truck drivers only move their product short distances, Toby Boulet, who lost his son Logan in the Humboldt tragedy, said on Twitter, “Just driving a short distance from your home or farm! This is a ridiculous argument. Watch the reports and decide for yourself. Everyone is on the same road. It is becoming an argument about economics. The value of a load of grain and a life. I know where I stand.”

McIver said on Facebook that the farming and school bus driving professions are highly flexible and seasonal industries.

“The large time commitment, cost, and rigor of a curriculum designed for full-time truck and bus drivers created a burden on two industries made up of part-time, retired, or otherwise cash-strapped drivers,” wrote McIver. “Our government plans to use the time this second extension provides to work with farmers and school bus drivers to build a strong driver training system that works for our key industries while ensuring public safety.”